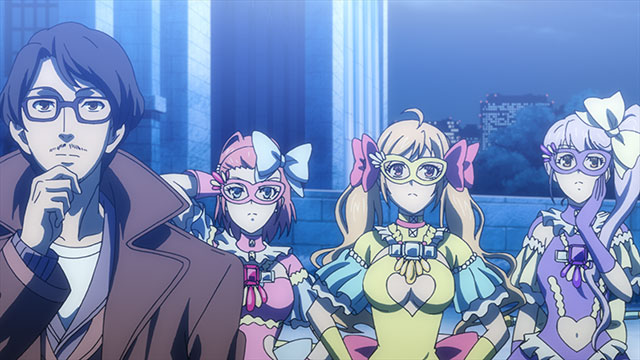 With the help from the reunited "Flamenco Girls," Masayoshi was able to end his battle with the Prime Minister. As it turns out, the government's prime target was not Masayoshi and the other heroes.
Their true enemy was the Alien Flamenco. This alien race has been secretly gaining control of
countries all over the world and their next target was Japan. Even though Masayoshi felt very uneasy about the situation, the Alien Flamenco demanded that he comes alone as Samurai Flamenco to
negotiate.