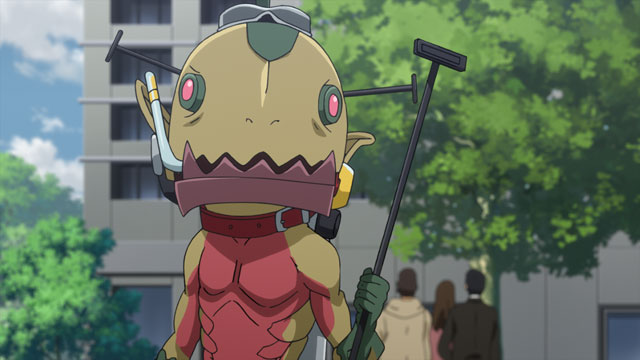 Monster attacks have become somewhat of a normal occurrence these days. Mari begins to feel
unsatisfied dealing with monsters who were nothing more than a slight nuisance. Not only that, but
Mari was also frustrated seeing the public and even the monsters only paying attention to “Samurai
Flamenco.” Finally, with her frustration reaching the limit, Mari decides to do something outrageous!
Meanwhile, Harazuka who has been finding the monsters' actions rather suspicious, proposes a
theory.